The Crumbling Of Hope

No Kingdom
The Crumbling Of Hope
Quick View Eggs on Mars
It Will Be Like It Was
Quick View

Eggs on Mars
It Will Be Like It Was
Quick View 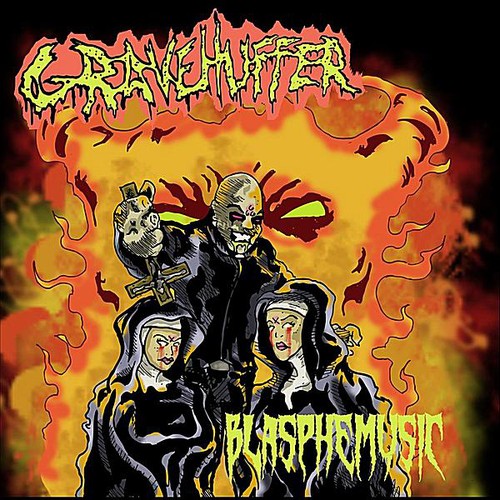 'What the hell is Joplin, Missouri putting in their water?!? Listening to this, brings me back to listening to some Crass, Discharge and Aus Rotten (and that's a good thing). This album as a whole is dirty, raw and intense and that's how I like my music. The first time listening to this album in it's entirety, all I could picture were a bunch of kids slam dancing in a basement and it made me realize that there are still some bands out there that are keeping the essences of the underground music alive!!! Stuff is raw and natural, no posh show off and shit, It's all about dirt, destruction and thrash metal. There is lot's of crust, punk or even death metal vibe here. Vocalist efforts stands out, he screams his lungs out and produces all range of screams, growls and high pitched heavy metal influenced yells you can only imagine! A must for all those lost in time still loving kicking and edgy thrash metal. They play a form of death/thrash that defies simple genre catagories; therefore the only grouping I'll give this disc is METAL. Where many others may have simply opted to play double bass of blasts in these songs, the drumming is often complex. I am reminded of early Voi Vod with their punkish noisy sound. Those fans of the Accused, Nunslaughter, Cryptic slaughter, D.R.I. and C.O.C. I also get a S.O.D. vibe throughout the album. The boys literally hit the ground running like a desperate Usain Bolt in the chase for the world's last steroid supply and don't let up for one second. The foundation is classic heavy metal with a huge layer of 80's thrash which is finally iced with some real old school Florida death metal. I might even suggest there's a touch a traditional doom metal at times.

Your Fault/Shut Up and Skate