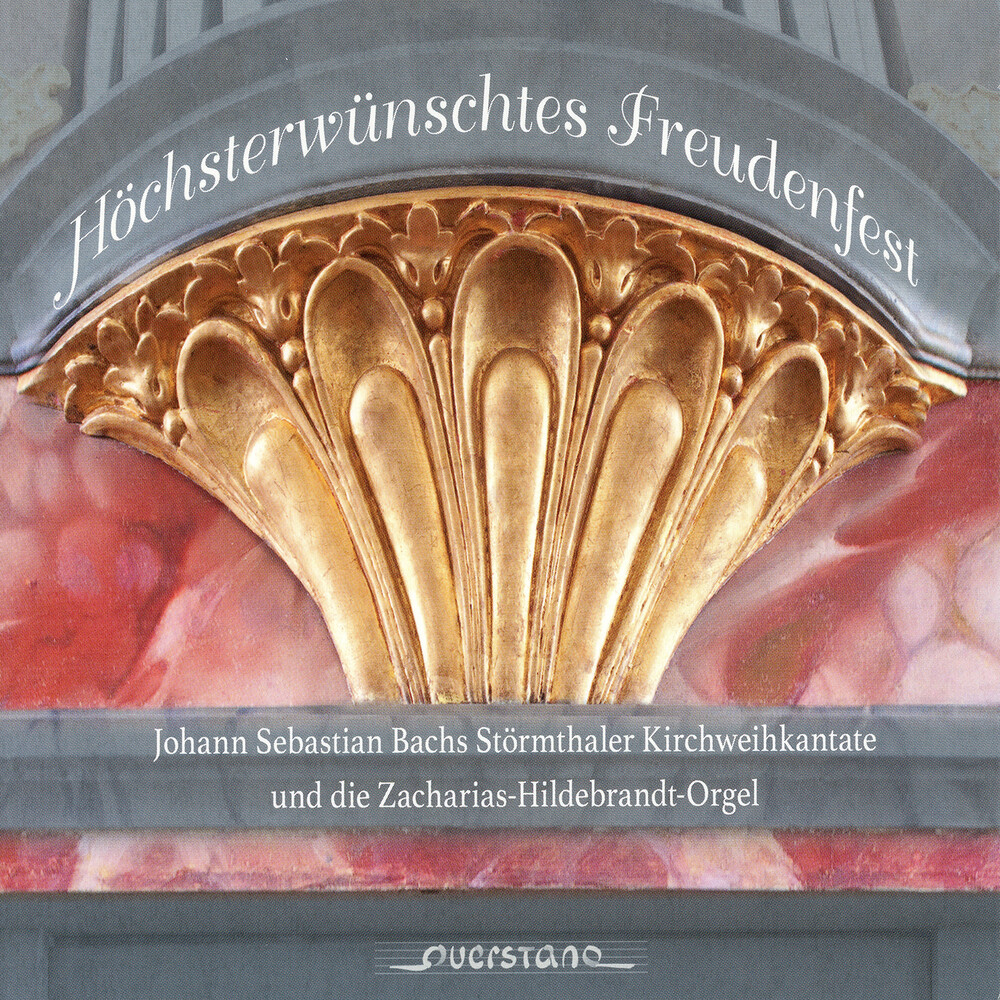 N 1722 it was decided in Störmthal to renew and expand the old, dilapidated village church in a contemporary style. The church patron, chamberlain Statz Hilmar von Fullen, was able to employ Zacharias Hildebrandt in the summer of 1722 to build the organ. Hildebrandt completed the Störmthal organ with 14 stops on a manual and pedal within about a year. In autumn 1723, Johann Sebastian Bach, the new Thomaskantor from nearby Leipzig, took off the organ. As a sign of special appreciation of Hildebrandt's work, he did not leave it at a mere organ test, but rather performed his cantata "Most Wished for Joy" (BWV 194) on November 2, 1723 "at public services and inauguration of said organ" After a restoration in 2008, the organ resumes the state that Johann Sebastian Bach was able to hear in 1723. Bach highly praised this organ. Therefore, in the recording of a concert from the Leipzig Bach Festival on June 16, 2018, his works form the focus of the album and organ program, framed by his predecessor Buxtehude and successors of the late 18th century. The program on this release encircles the key "possibilities and limits". Almost all melodious keys are represented, and almost all pieces use the sharpness to modulate. Ten bonus tracks also analyze and clarify certain peculiarities of the mood type.