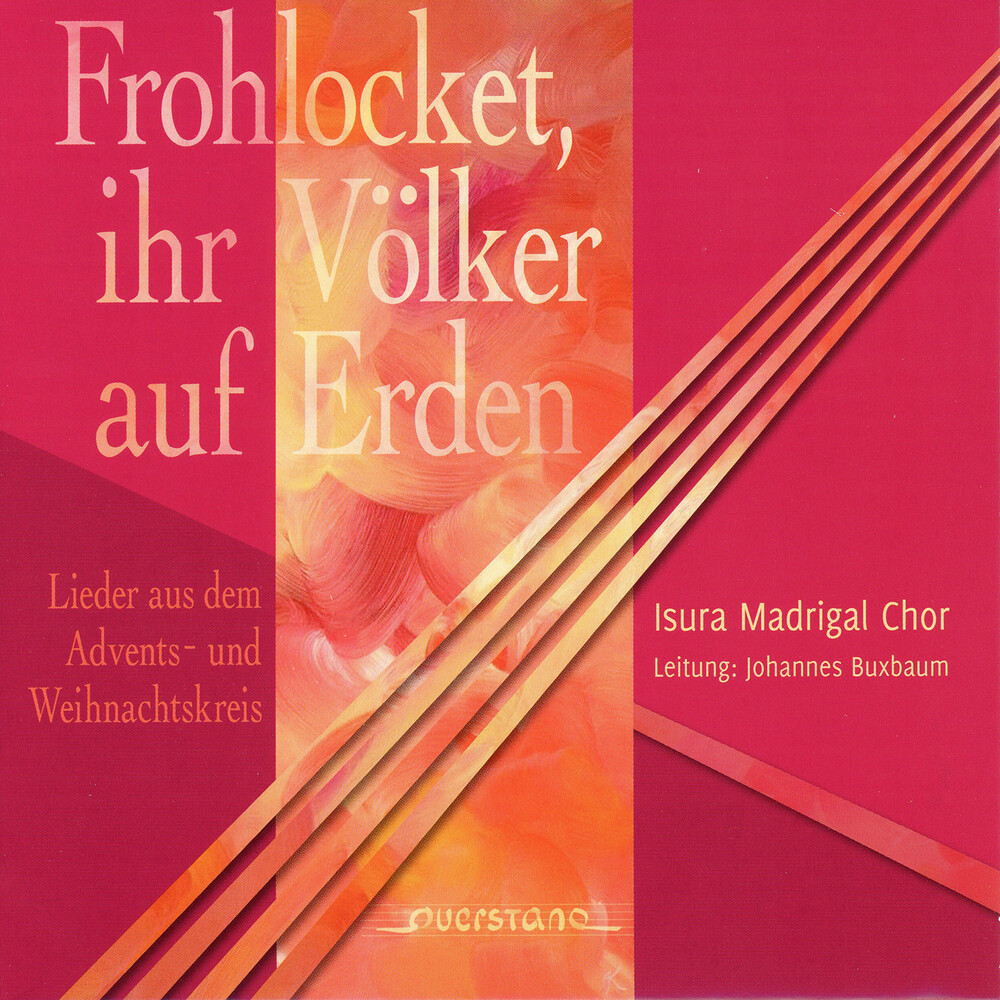 This, the Advent and Christmas album 2019 of the Isura Madrigal Choir from Geretsried in Bavaria guides the listener through the first weeks of the church year and wants the joy which the choir singers had when they were recorded were also transferred to the homes and hearts of the listeners. Advent in it's current form dates back to the 7th century. The four Sundays before Christmas symbolized the four thousand years that believers had to wait for the Savior after the fall, according to what was then believed. Advent is the time to prepare for the Lord's arrival through fasting and contemplation. It is not uncommon to find psalm settings, for example in Albert Becker's "Machet the Gates Wide", which together with works by Anton Bruckner, Johann Crüger, Gustav Holst and Arvo Pärt form the advent part of this release. The second part of this album contains pieces, that sing the real festival of the birth of Jesus. Today Christmas is mostly celebrated as a family festival with mutual gifts; This custom was introduced around 1535 by Martin Luther as an alternative to the present custom on St. Nicholas Day, in order to direct the children's interest on Christmas Eve. The festive, radiant but also folkloric character of the Christmas festival has inspired composers of all ages - the range on the album ranges from the 17th century with Johann Crügers "Merry should my heart jump" to the recent present with "Silent Night" in one rarely heard sentence by Bernd Englbrecht.