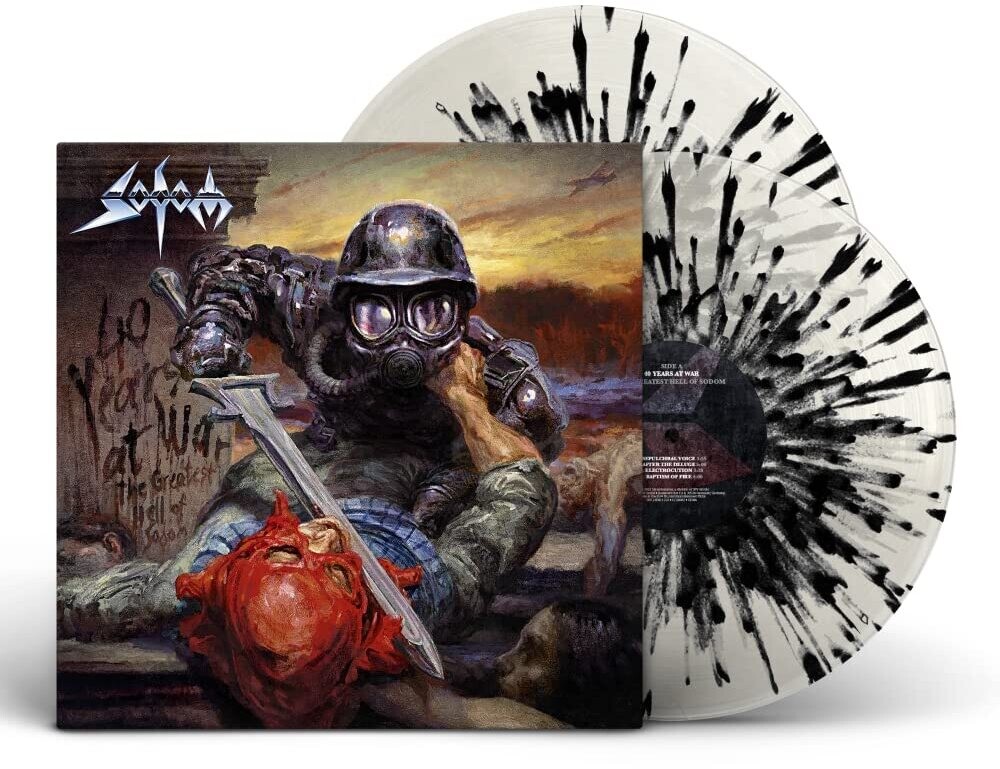 ... 40 years of ruthless thrash metal 'Made in Germany'. What came into being in 1982 in Gelsenkirchen-Buer has lost nothing of it's authenticity and rawness, not even four decades later. Tom Angelripper and his men still belong to the spearhead of a music style that draws it's energy from pure determination, intransigence and relentlessness. What's more, Sodom never fail to surprise their fans all over the world. They managed especially well with '40 Years At War - The Greatest Hell Of Sodom', a more than worthy anniversary album that - in various formats - sums up the band's history in an unusual and highly ambitious way. "Our goal was to re-record one song from each of our previous albums," Tom explains. "Not necessarily the most obvious ones, we wanted to go for rarities or tracks we've never or very rarely played live." '40 Years At War - The Greatest Hell Of Sodom' will be released on October 28th, 2022 via Steamhammer/SPV as CD, double vinyl record and digital download. The CD and vinyl double LP with their martial cover artwork penned by Eliran Kantor (Kreator, Testament, Gwar, among others) include 17 tracks, all newly recorded by the current Sodom line-up. Tom: "We cover the songs unaltered, that's to say: in exactly the same key and with the original lyrics. We're better musicians now than we were back then, of course, so the new versions sound tighter and more up-to-date. But the arrangements of the songs were deliberately kept unchanged." Tom reminisces about their beginnings: "At first, we just wanted to be a band, the music was almost an afterthought. We were against everything and everyone, wanted to shock the world and the more people hated us, the more motivated we got. Nobody would have expected that 40 years later, we're still alive and playing. Those 40 years have gone by in a flash, but we continue to look forward."The band's 40th anniversary festivities will be carried over into their concerts in the coming fall. "We'll not only play the Sodom classics, but also consider fan requests. We're launching a poll about songs we've rarely or never played live on a tour to find out which ones the fans want to hear." That's exactly what Sodom are about: being close to their fans, full of ideas, burning for action while keeping their eyes on the goal ahead.
This website uses cookies to personalize content and analyse traffic in order to offer you a better experience.
I accept Learn More
back to top